Scott Lyall will be talking on:

Since pre-colonial times, people across North America have reported encounters with large, hairy human-like creatures. More than 60 years after Bigfoot went from local legend to cultural phenomena, we’re no closer to an answer. Are these reports all hoaxes or mistakes, or could there really be a population of an unknown primate in the forests of North America? Or could there be something even stranger going on?

Ghost Stories: Confessions of an Ex-Guide
A Talk to the Edinburgh Fortean Society by Lizzie Cory-Lopez
Whether or not people believe in ghosts, the supernatural or even an after-life, ghost stories are supremely popular. Over the last 30 years they have become big business in Edinburgh, fuelled by many a ghost-hunting television show. Edinburgh is a relatively ancient city by modern standards, wearing the several versions of multi-faceted history broadly painted on its capacious sleeves. Certainly, in the early days of the ghost-story trade, before the commercialism and hype, the tall, narrow shapes in the Old Town provided a suitable background and atmosphere.
The real question is: why?
In the modern era of science and rationality, why do humans still need to have the experience? Is it to do with our complex chemistry initiating the thrill of being frightened? Is it about feeling brave? Do we need to have a mystery to top-up our belief muscles? Or do we need the supernatural to exist?
Let us explore the fear…..let me tell you a story…………………
7.30pm, Tuesday 14th of January 2020
The Comedy Room
The Beehive, Grassmarket
£1

It’s that time of year again!

This year’s Crimbo meal will be held at :

on Tuesday the 10th of December

We have one of the vaulted areas booked. Order your food at the bar. If you intend to turn up, please let Gordon know so he knows what kind of numbers to plan for.

Please note : the event starts at 7.00pm, an earlier than normal start time.

Also note : Gordon will not be wearing the Santa outfit this year. Krampus, however… 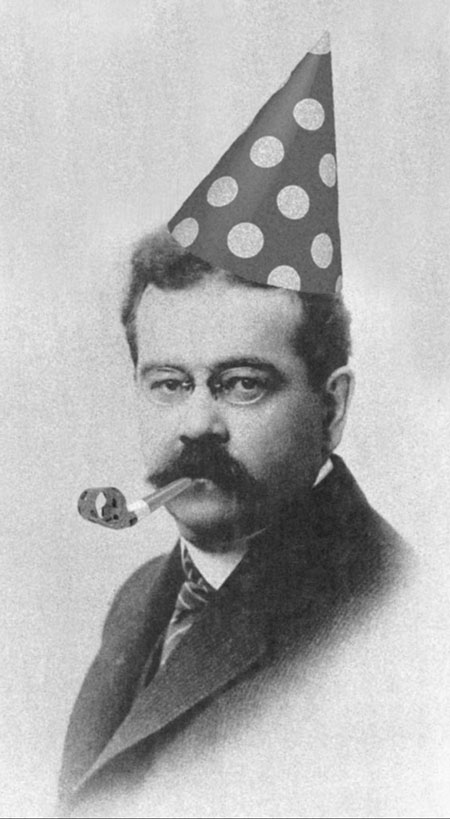 Stuart Robins will be talking on…

Fantastic Beasts and Where to Find Them (in Edinburgh)

Edinburgh has an entire bestiary written into the fabric of the city. Taking a virtual tour through the urban landscape we’ll find the whereabouts of these fabulous beasts and mythical monsters. On the way, we’ll unearth symbols of power, pagan sacrifice and the afterlife of the ancients. We’ll also discover our Fortean favourite!

Jan Bondeson will be talking on
QUEEN VICTORIA’S STALKER
In 1838, the Queen Victoria was a very frightened young woman. She was relentlessly pursued by Edward ‘the Boy’ Jones, a weird teenager who entered Buckingham Palace to stalk her. The Boy Jones broke into her bedroom and stole her underwear, and was once found hiding underneath a sofa in her dressing-room. He stole food in the kitchen, visited the royal library, and sat on the throne. Even when he was caught, there was no legal way of disposing of him, since simple trespass was not technically a crime; he could only be put in prison for a few months as a rogue and vagabond, before being released to continue pursuing his beloved queen. But government agents were plotting to get rid of Queen Victoria’s Stalker, for good …
Tuesday the 8th of October, 7.30pm
The Attic Comedy Room
The Beehive, Grassmarket
£1

Bone Idol: The Ossuaries of Europe

Practical storage solution, morbid curiosity, or an important way to interact with the dead and contemplate our own mortality? Bones are the most enduring parts of our mortal remains, and ideas about what to do with them have ranged from the simple to the astoundingly elaborate. Human Remains Conservator Cat Irving will take you on a journey across Europe that will encompass painted skulls and bling skeletons, bone chandeliers and the six million people who lie beneath the streets of Paris.

A chance to come along and try your hand at a few Fortean feats. Learn what the claims are and how they can be tested and then have a chance to test them for yourself.

Can you beat the odds with dowsing or will you know people are staring at you whilst you work? Do you really need to spend all that time travelling for your holidays or can you simply enjoy foreign parts by remote viewing!

On Saturday the 13th of July we’re holding a one-day Fortean conference at St. John’s Church at the junction of Princes Street and Lothian Road.

Tickets are a very reasonable £12.50 each for the whole day and are available from Gordon or online at WeGotTickets (booking fee applies).

In the early 20th century, the ‘New Animal Psychology’ movement in Germany thought that dogs possessed near-human intelligence, if trained to communicate. Rolf, the most famous of these super-intelligent dogs, tapped out messages on a board, solved complicated mathematical problems, and speculated about philosophy. The Nazi regime was proud of the country’s educated dogs and tried to find ways to make use of them in the war effort.

I have hunted cryptids in the four corners of the earth but have never feared them. I’ve been stalked by tigers, attacked by cobras, caught in a tornado and fallen off a cliff but i’ve never felt threatened by the creatures i was pursuing. However there are rare cases were humans have allegedly been killed, sometimes eaten and i one case perhaps something worse by monsters. Giant snakes, aquatic dragons, mystery maulers, monster squid and relic hominins have all had humans on the menu.

A mysterious creature is said to haunt the graveyards of Banffshire. Is it really possible that an undiscovered animal lives there and does it really dig into coffins and eat the bodies? Alison Rutter investigates.

Paranormal Investigating is not Parapsychology – and is rarely held to the same high standards of scrutiny and peer review. But it doesn’t mean that there shouldn’t be an effort to gather the best evidence in the most scientific manner. Innes Smith, an investigator with the Scottish Society for Psychical Research, talks about the challenges he has faced over the past two decades and when considering the evidence ~ What’s the Fortean point?

Caroline Watt : From Seance to Science: The Work of the Koestler Parapsychology Unit

Join Professor Caroline Watt, holder of the UK’s only Chair for parapsychological research, for a whistlestop tour of the highs and lows of more than three decades of research into paranormal claims. From the Indian Rope Trick, to seemingly prophetic dreams, to controlled laboratory research examining whether people have telepathic ability, discover the challenges and unexpected scientific rewards of investigating the impossible.

Psychologist Professor Richard Wiseman has dedicated his life to investigating matters paranormal. In this vaguely interesting talk he will reflect on some of his most memorable moments and explore how they have furthered our understanding of the seemingly impossible. Free packet of peanuts for the best question.